Alliance members marked Medicare and Medicaid’s 54th anniversary with events throughout the country including with members of Congress. Rep. Ann Kirkpatrick(AZ) in Tucson; Rep. Jan Schakowsky (IL) in Chicago; Rep. Kathy Castor (FL) in Tampa and Rep. Lois Frankel (FL) in West Palm Beach gathered with Alliance members to discuss how to protect these vital health care programs into the future.

Prescription drugs account for nearly $1 out of every $5 in Medicare spending, according to the Kaiser Family Foundation. Allowing Medicare to negotiate drug prices, which the Veterans Administration and Medicaid programs do today, would strengthen Medicare’s solvency and save taxpayers billions of dollars.

“As we look back on 54 years of Medicare and Medicaid, we need to be more vigilant than ever to ensure that current and future generations of Americans can benefit from the programs,” said Robert Roach, Jr., President of the Alliance. “Allowing Medicare to negotiate drug prices is a common-sense policy that will lower health care costs for millions of Americans. It’s time to act.” 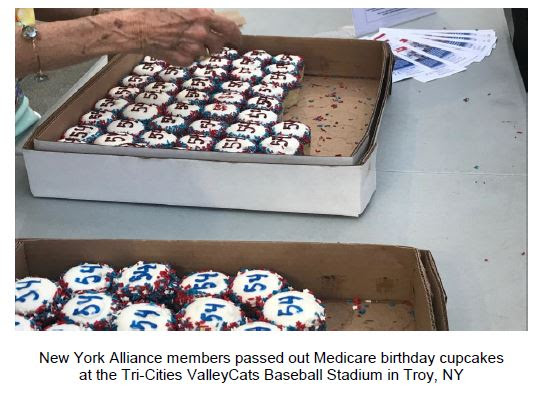 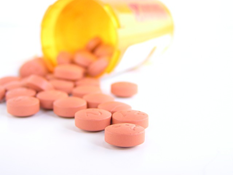 On Wednesday, Health and Human Services (HHS) Secretary Alexander Azar announced that the administration is drafting a plan that will allow Americans to legally obtain lower-cost prescription drugs from Canada. The Alliance has been loudly advocating for this change since 2002 when our members began going to Canada on our Rx Express buses to fill their prescriptions.

“We would welcome this change. It’s about time,” said Richard Fiesta, Alliance Executive Director. “But we need to make sure the Administration actually follows through very soon.”

Media reports suggest that increasing numbers of Americans are traveling to Canada to obtain insulin, used to treat diabetes, where it costs a fraction of what it does in the United States.

Congress is considering bills to allow the importation of prescription drugs from other countries. The Affordable and Safe Drug Importation Act (S. 97 and H.R. 447) would legalize drug importation from Canada, OECD partners and other countries with comparable safety standards.

Secretary Azar’s announcement comes after the President announced support for drug importation and backed a new Florida law that would allow patients in the state to get their drugs at a lower price from Canada, where the government is able to negotiate the cost of drugs. The plan has to go through time-consuming regulatory approval and later could face court challenges from drugmakers. Read the Alliance’s full press release here.

On Tuesday, the Senate Finance committee held a hearing on the United States-Mexico-Canada Agreement, also referred to as NAFTA 2.0, as lawmakers continue to debate whether to ratify the trade deal in its current form.

Committee members and witnesses at the hearing seemed split on the trade deal, with some urging for a swift passage and others insisting that Congress take more time to fix provisions relating to prescription drug pricing, labor standards, and the environment.

“Fueling drug price increases in Mexico and Canada via USMCA’s provisions is not only unjust, it will have a direct impact on our ability to sell products there,” testified trade expert Michael Wessel.

The trade deal would lock in long exclusivity periods for biologics, protecting pharmaceutical corporations’ monopolies over life-saving medications. NAFTA 2.0 would also require the three countries to grant “evergreen” or extended patents to pharmaceutical corporations if they make small changes to a specific drug. These provisions not only block more affordable generics from entering the market but also allow the corporations to set astronomical prices.

“The administration is trying to set fake deadlines to force Congress to approve handouts for big drug corporations. Until those provisions are removed and a better deal is struck, Congress must not ratify this flawed trade deal,” said Joseph Peters, Jr., Secretary-Treasurer of the Alliance. “This is why we helped deliver over 300,000 petitions to Congress telling them to delay a vote — the current trade deal would be disastrous for anyone who relies on prescription drugs.”

House Democrats recently called on the Administration to come to the bargaining table, saying they will not vote to ratify it without improvements. Officials on both sides of the aisle believe that the deal could move forward in September.

Richard Fiesta on the 2020 Senior Vote

In case you missed it: Vox.com recently interviewed Executive Director Fiesta about the issues that concern older voters going into the 2020 election. Read the article online here.