Senator Joni Ernst (IA) said at a recent town hall meeting that politicians should “sit down behind closed doors” to “fix” Social Security.

“Senator Ernst could not be more wrong,” said Richard Fiesta, Executive Director of the Alliance. “Social Security does not need to be fixed. We must not let this dangerous statement go unchecked and need to let Senator Ernst know that we will not stand for backroom deals to steal our earned benefits.”

Ernst’s remarks come in the wake of a Washington Post opinion article by Robert Samuelson entitled “The elderly aren’t so poor after all.” Executive Director Fiesta responded with a letter about Social Security expansion.

“By Mr. Samuelson’s own account, 23 percent of retirees ages 65 to 80 say they don’t have enough money to live comfortably,” Fiesta wrote. “With 10,000 Americans turning 65 every day, we should look for ways to ensure their financial security during retirement, not pull the carpet out from under them.”

Sign our petition to tell Sen. Ernst not to cut our earned Social Security benefits.

Drug corporation executives are donating strategically to senators including Mitch McConnell (KY) and John Cornyn (TX) in hopes of blocking or weakening legislation to lower prescription drug prices. A STAT News review of campaign finance disclosures revealed that the executives are using their substantial personal wealth to fund GOP lawmakers who will play key roles in the Senate’s ongoing consideration of a bill to lower drug costs.

David Ricks, the CEO of Eli Lilly gave $30,000 to Senate Majority Leader McConnell (KY) alone — $20,200 to the senator’s campaign committees and $9,800 to the Kentucky Republican Party.

“If you are rich and powerful and don’t want a bill to reach the Senate floor, giving money to Senate Majority Leader McConnell would seem like a good investment,” said Robert Roach, Jr., President of the Alliance. “We must counter them with strong, grassroots action demanding passage of legislation to lower drug prices. The American people are fed up with paying the highest prices in the world for prescription drugs while pharmaceutical corporations and executives get richer.”

Growing Numbers of Seniors Are Struggling to Pay for FoodFederal programs that provide food to seniors have become dangerously underfunded. and inflation and government neglect are two of the causes. In 2017 nearly 8% of Americans 60 and older were “food insecure,” without reliable access to a sufficient quantity of affordable, nutritious food, according to a study released by the anti-hunger group Feeding America.

Louisiana has the highest food insecurity rate among states, with 12% of seniors lacking access to affordable food. Memphis fares worst among major metropolitan areas, with 17% of seniors unsure where they will get their next meal.

Congress is now considering a bill to reauthorize the Older Americans Act, which expires on September 30. In June, the U.S. House passed a $93 million increase to the Older Americans Act‘s nutrition programs, raising total funding by about 10% to $1 billion in the next fiscal year. However, in inflation-adjusted dollars, that’s still less than in 2009, and the legislation must then pass in the Republican-controlled Senate, where it faces long odds.

One of the oldest food assistance programs for older Americans is Meals on Wheels. More than one-third of its funding comes from the Older Americans Act. The organization also receives private funding and other government funding, but has had to make difficult decisions about who needs assistance the most. Seniors who are being released from the hospital and those without family nearby are usually the first priority.

“Letting older Americans go hungry is wrong and immoral,” said Joseph Peters, Jr., Secretary-Treasurer of the Alliance. “It is shameful that the U.S. Senate has failed to take action to meet this basic need.”

The real estate website “PropertyShark” polled Americans aged 45 and older about their attitudes concerning housing, retirement and personal finances. More than half of those surveyed want to remain in their current homes during their senior years. However, 30% of those aged 45 and over had a hard time keeping up with housing costs in the past year. Solutions like downsizing become less appealing the closer older adults are to retiring.

Among the other findings: Three out of five respondents had less than $100,000 in savings. The most significant economic concern was home maintenance and repairs, followed by growing property taxes. Sharing costs with a housemate or a paying guest who is not a family member did not appeal to most of those who were asked. 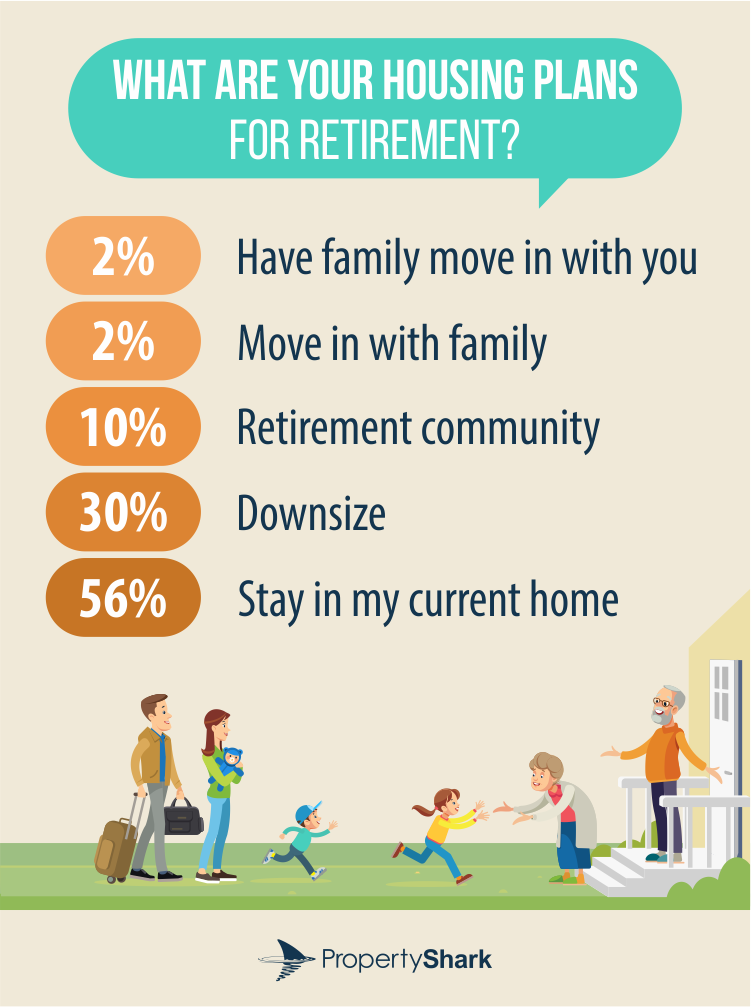 The suburbs are the preferred retirement environment for 45% of respondents. Rural living is a close second, with 30% of older adults desiring life in the country. City living is a distant third, with only 15% saying they wanted to live there. Senior living communities were the choice for the other 10% of the respondents, and one-in-four older adults looking to retire outside their home state want to move to Florida.

Only 3% of older adults are very familiar with government programs as they pertain to housing, compared to a whopping 49% who are not at all familiar with them.

For a printable or pdf version of this document, click here.
For the Alliance’s Spanish language page, which includes last week’s Friday Alert in Spanish, go to www.retiredamericans.org/en-espanol